It was reported late last night that alternative icon David Bowie passed away after an 18 month battle with cancer. His death comes only two days after his 69th birthday, and the release of his 26th and final album Blackstar.

A career spanning nearly 50 years including multiple hit albums and ventures into art, producing, acting, and more, Bowie’s passing shakes not only the music world, but entertainment in general. In many people’s eyes David Bowie was the first true alternative artist. No matter what decade it was or what was popular at the time he had his own spin on things, his own unique style, Bowie consistently broke the mold and he inspired many others to do the same. He was one of a kind and a treasure to multiple generations. Our thoughts go out to David’s family.

Many bands and band members throughout the midwest took to social media to pay their respects and share their thoughts on the rock legend.

Cameron Burns of Out Came The Wolves,

Michael Martenson of Boys of Fall,

A Summer Better Than Yours, 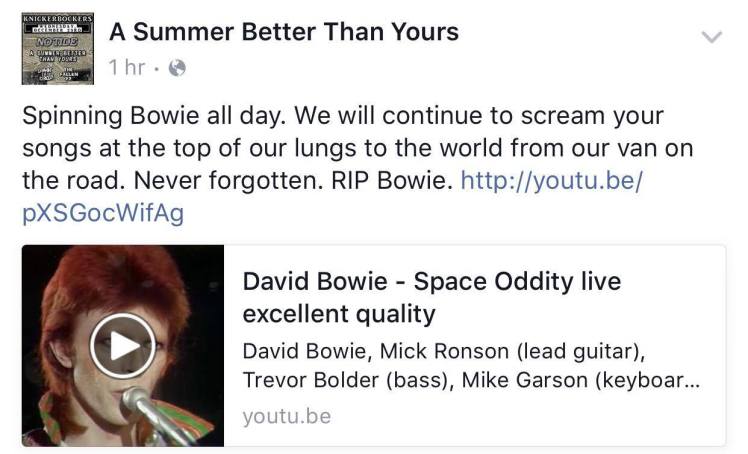 Jaymes Salmon of Let Yourself Go,

Jables of Imagine the Silence,