We are nearly a month into the scary new territory that is the year 2016. While it’s fun to look back at the passing year and reflect, we here at MMC decided to look into the future and bring you three bands you may wanna pay close attention to as the year goes on… 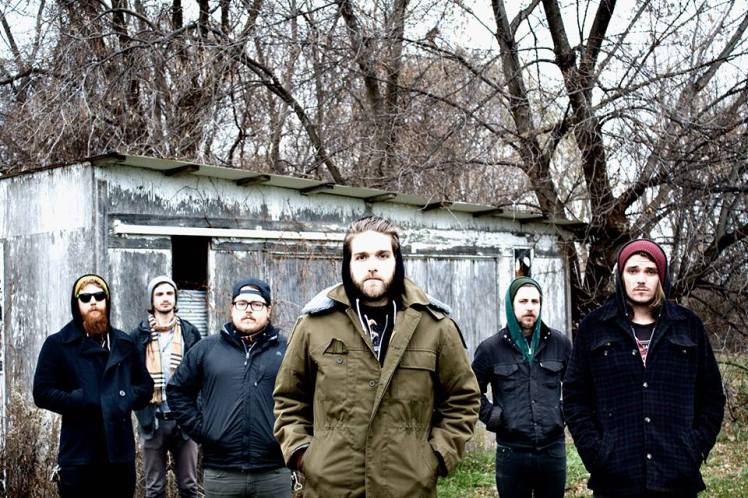 Minneapolis progressive metal group Alistair Hennessey have had a commanding presence in underground music since their debut all the way back in 2010 making them one of the longest running bands still active in DIY music. Their sound is a breed all its own, a melodic, yet complex indie metal which has captivated audiences and rocketed them to the top of the scene. They show no signs of stopping any time soon, and 2016 may be their biggest year yet.

In late 2014 they began recording their first ever full length record with producer Josh Schroeder (The Color Morale, King 810,) tentatively titled The House We Grew Up In. In 2015 we got a taste of that new album with the leading single “The Garden.” Somewhat of a departure from their heavier sound, “The Garden” was more mellow and quiet, introspective and even chilling at some points. All rounded out by the signature voices of vocalists Jesse Lynch and Jake Spolarich. The song, along with the music video, grabbed fans and newcomer’s attention fast, and people are very curious as to what Alistair Hennessey has in store for us with this LP.

Hopefully in 2016 we will finally see the release of The House We Grew Up In though at this time no further details on the album are available. Currently, Alistair Hennessey has just kicked off their midwest tour with Infinite Me, and it’s strongly recommended that you go check them out.

It’s no secret that pop-punk has made a massive comeback in the underground music scene over the last few years. Now it is worth noting that pop-punk never completely died out. To be fair, in a scene largely dominated at the time by screamo and deathcore bands, it’s understandable to think as such. The result of this being that, with the genre’s sudden rise in popularity, many bands who had been around for years are just now starting to gain momentum. One such example of this being The Way Away.

The Minneapolis pop-punk band debuted all the way back in 2012, (which is ten or so years ago in local scene time.) The four-piece group sticks very true to their roots in terms of both sound and attitude. Their style is extremely reminiscent of pop-punk circa 2003  (Yellowcard, New Found Glory, etc.) and they make a point to never take themselves too seriously. Their songs are very catchy, full of energy, and caked in enough nostalgia that fans of the genre will be hooked almost instantly.

In the summer of 2015 they made an appearance at Vans Warped Tour on its stop in Minnesota and topped off the summer with the release of their newest “Echoes.” Now in 2016 they’re gearing for the release of their brand new EP Something I Never Wanted, set for release February 20th. With new music and a tighter sound than ever, it looks like this will be a good year for The Way Away.

If 2015 was the year of Remo Drive, then 2016 will definitely be the year of Focus Ring. Focus Ring is the solo project of Remo Drive guitarist/vocalist Erik Paulson. The one man acoustic emo act made its debut in late 2014 and gained traction quickly, making many appearances at DIY venues all over the midwest, reenforced by a library of EPs and demos released throughout 2015.

Erik Paulson has a firm grasp on the emo genre and he works with it extremely well. Focus Ring strips down the heavier elements of Remo Drive in favor of a simplistic acoustic guitar sound, heavily driven by brutally honest lyrics and vocals with just the right amount of punch. It has the minimalistic charm of other acoustic acts while tackling many complex themes and emotions.

Twelve days into the new year, Focus Ring released their first ever full length LP Introduction. The 10 track album was written and produced entirely by Paulson and shows off his talents excellently. Despite the limitations of acoustic music, every track has its own unique feel and never overstays its welcome. You can listen to this album cover to cover and be invested the entire way through, which can often be a challenge for other acoustic artists.

It was also announced few days ago that in 2016, Focus Ring will begin playing shows as a full band under the name Focus Ring: Full Circle. The first Full Circle show has already been set for February 12th at The Broke Haus in Minneapolis. Who knows where Erik Paulson will take this project next, but it’s definitely something you should check out if you haven’t yet.