St. Cloud, MN based metalcore band A Life All My Own issued a statement late last night denouncing the actions of their now former vocalist Austin Harrington. The 23 year old frontman has come under serious fire in the past couple days regarding a barrage of posts to his personal twitter account. These tweets (many of which have since been deleted.) included controversial statement’s about the murder of Minnesota native Philandro Castile, targeted harassment, and even threats of physical violence. 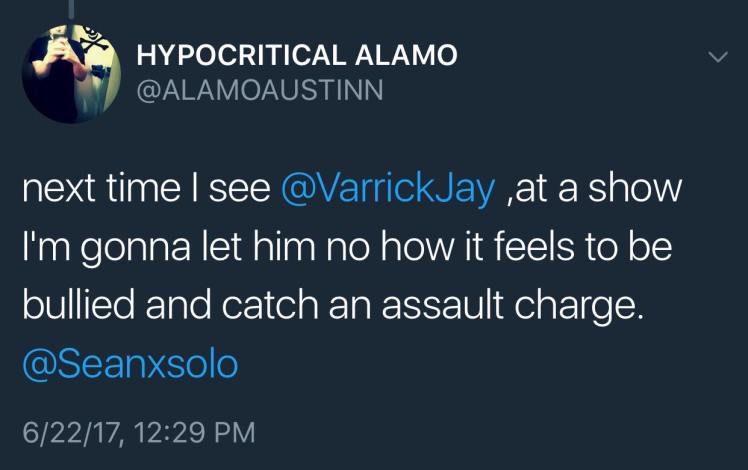 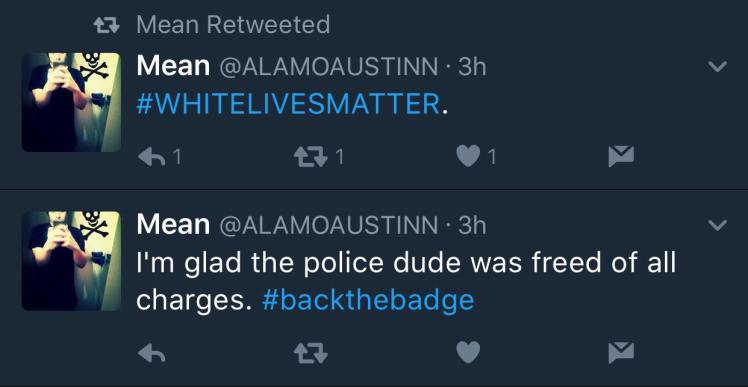 Members of the band (including Austin) had made comments on the matter alluding to unrestrained drug use as the cause the vocalist’s extreme behavior. However, facing backlash from fans and other artists, A Life All My Own made an official statement on the band’s facebook page, making it clear that Austin was no longer associated with the group, apologizing to those targeted by him, and touching on the band’s plans going forward. You can read the full post from the band below.

First and foremost on behalf of recent events involving our ex-vocalist Austin and the individuals he harassed/threatened we would like to offer our deepest apologies. We are not racists, we do not push our beliefs onto others, we do not go out of our way to tear others down and we certainly do not support that kind of behavior. His actions are of his own doing and do not reflect the views of any member in this band. We offer this apology to you all as a source of understanding and in the hopes that you can find a way to forgive us. We genuinely were not anticipating this sort of behavior from him and due to personal reasoning, neither was he. There is no excuse for his actions, but we won’t use this as a platform to bash Austin for his wrongs. We’ve all known him for a very long time and understand that he is facing something truly difficult in his life. He will always be our brother and we hope that someday soon he can find peace within himself and stay on the path to bettering himself. We wish him nothing but the absolute best and if you’re reading this Austin, just know that we love you man.

We have also received a lot of questions over the past year and a half and they all seem to pertain to “When are you guys going to release new music already?” To answer your questions: we have been on hiatus since dropping off of The Following’s farewell show last year in March due to Page’s unexpected medical issues. Over the course of this last year and a couple months we’ve been focused on finding our new identity as a band after parting ways with both of our vocalists. In May of last year we visited New York to record a few demos and we are currently in the writing process for new music. We are appreciative of each and every one of you who have chosen to stick around with us even after all of this. Our primary focus is releasing new music to you as quickly as possible. In the meantime please continue to be patient with us, much love    – ALAMO

Austin was one of the founding members of A Life All My Own and was the primary vocalist for the band’s 2014 release Better Angels. Shortly following the band’s announcement, Austin took to social media again to share his thoughts on his now public removal from the group. He accused the remaining members of not sticking up for him, called them hypocrites for supposedly making the same similarly negative statements in private, and claiming they were only out to protect their own image. 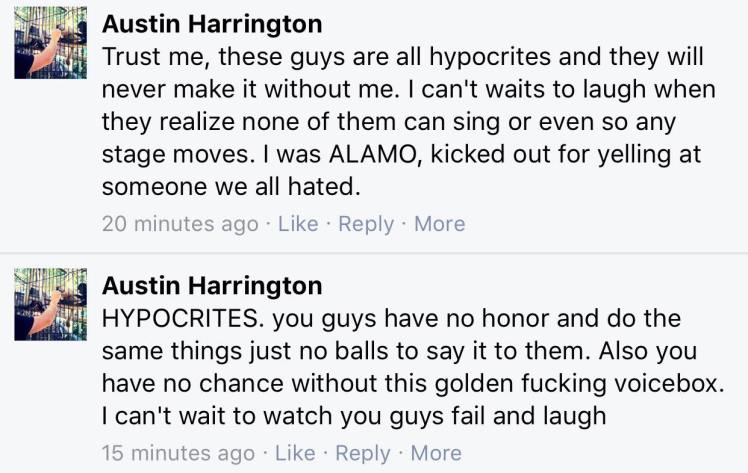 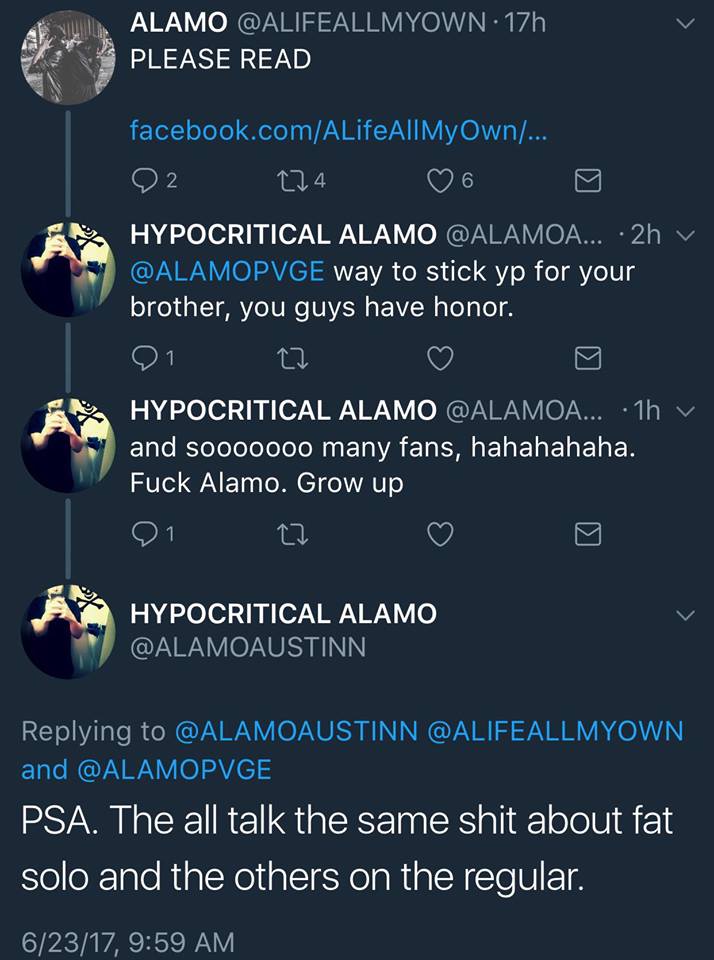 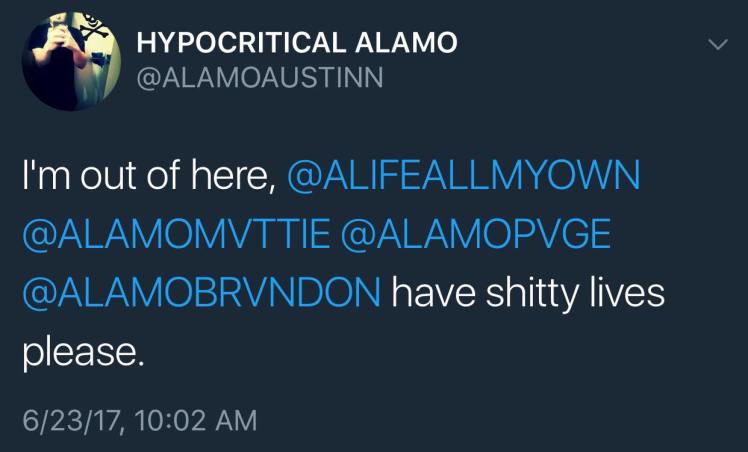 No further updates have been given on what plans, if any, ALAMO has for a replacement vocalist. However, our sources tell us that the band may be planning a serious re-branding once the group officially comes off of hiatus. While we here at MMC do not condone Austin’s behavior in any way, if this is indeed the result of an underlying drug problem, we do hope Austin is successful in seeking out the treatment he needs. If you or someone you know is struggling with chemical dependency, please visit FreeRehabCenters.org for listings by state of low to no cost rehabilitation clinics.