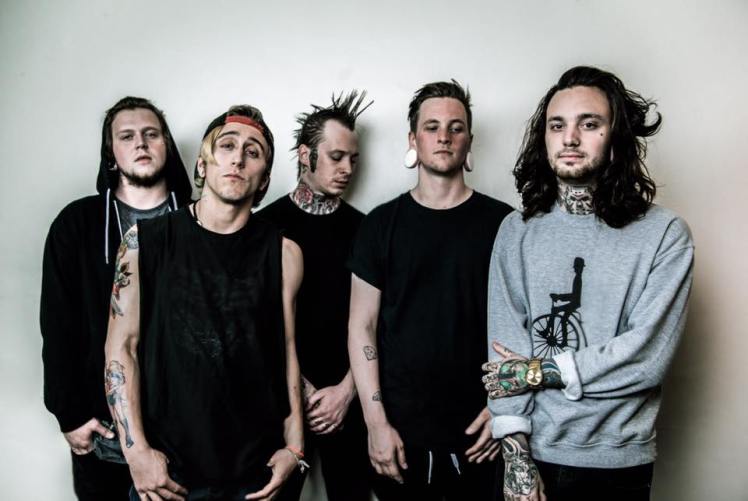 Milwaukee post-hardcore band After Hour Animals were forced to cut their EP release tour short today after the band became the latest victim of gear-theft in St. Louis, MO.

The band embarked on their week long midwest tour with Illinois metal band The Levitated, in support of their upcoming release Remember This. In a statement on the band’s facebook page, they explained that on their stop at The Firebird in St. Louis, almost all of the band’s personal belongings had been stolen. Because of this the band has been forced to drop off the tour early and return home.

Sadly, After Hour Animals are only the latest in a long line of band related thefts to come out of St. Louis. In the past few years reports of stolen gear and personal belongings from touring musicians have skyrocketed in the area, from bands of all genres, big and small. To make matters worse, outside of notifying area pawn shops to watch for the stolen goods, there isn’t too much local law enforcement can do to help the touring bands. Many bands opting to boycott the city out of fear of becoming the next victim.

If you know anything about the whereabouts of After Hour Animals’ stolen belongings, please contact your local law enforcement immediately. You can read the full statement from the band’s facebook and twitter down below. Remember This drops September 25th, show the band some love and check it out. 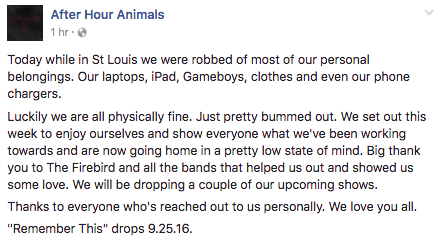