At the time of their formation Merchant Ships was just four high school kids. Only active for two years, from 2008- 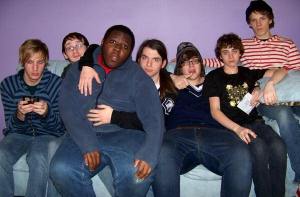 2010, they collaborated on three different releases including acclaimed For Cameron on Count Your Lucky Stars Records and the nearly-forgotten LOL Cats Demo.

The reunion set is being shared with Sleep Patterns, named after a song on For Cameron, as they are also doing a reunion set. All proceeds from the show will be going to the American Civil Liberties Union.

Merchant Ships EP  can be streamed from the CYLS Bandcamp page.

The Facebook Event is the only source for information at the time being, we will update you with any changes.

In the past few hours, Merchant Ships has dropped out of the benefit show in December. There were concerns among the community about allegations surrounding Merchant Ships guitarist. The band released a statement that you can read below.

The show is still happening and has a new event page here.